Devoted to all those souls who think they are in a lot of shit or deep shit, for some reasons or another!

You can be shit faced, be shit out of luck or have shit for brains. With a little effort you can get your shit together, find a place for your shit or decide to shit or get off the pot. You can smoke shit, buy shit, sell shit, lose shit, find shit, forget shit, and tell others to eat shit and die. You can shit or go blind, have a shit fit or just shit your life away. People can be shit headed, shit brained, shit blinded, and shit over or shit on. Some people know their shit, while others can’t tell the difference between shit and shineola. There are lucky shits, dumb shits, crazy shits, and sweet shits. There is bullshit, and horse shit and chicken shit. You can throw shit, sling shit, catch shit, or duck when the shit hits the fan. You can take a shit, give a shit, or serve shit on a shingle. You can find yourself in deep shit, or be happier than a pig in shit. Some days are colder than shit, some days are hotter than shit, and some days are just plain shitty. Some music sounds like shit, things can look like shit, and there are times when you feel like shit. You can have too much shit, not enough shit, the right shit, the wrong shit or a lot of weird shit. You can carry shit, have a mountain of shit, or find yourself up shit creek without a paddle. Sometimes you really need this shit and sometimes you don’t want any shit at all. Sometimes everything you touch turns to shit. You swim in a lake of shit and come out smelling like a rose. You can be faster than shit, or slower than shit. Sometimes you’ll find shit on a stick, sometimes you’ll find shit everywhere, and then there are times you can’t find shit at all. You can slice shit, spread shit, dunk shit or jump shit, and some people just can’t cut the shit. When you stop to consider all the facts, SHIT is the basic building block of creation. This means the universe did not begin with a BIG BANG, but rather a BIG DUMP. Keep that in mind the next time you flush the toilet. And remember, once you know your shit, you don’t need to know anything else.

From a Carl William Brown’s idea, supported by the Daimon Art genial museum, employing the Italian flag, a sculpture by the famous eclectic artist Andros entitled “Crapitalism” and devoted both to the great exibition and to all the shitfaces of our amazing country! 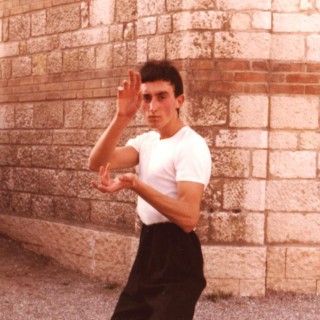 “Twenty years from now you will be more disappointed by the things you didn’t do than by the ones you did do.” – Mark Twain